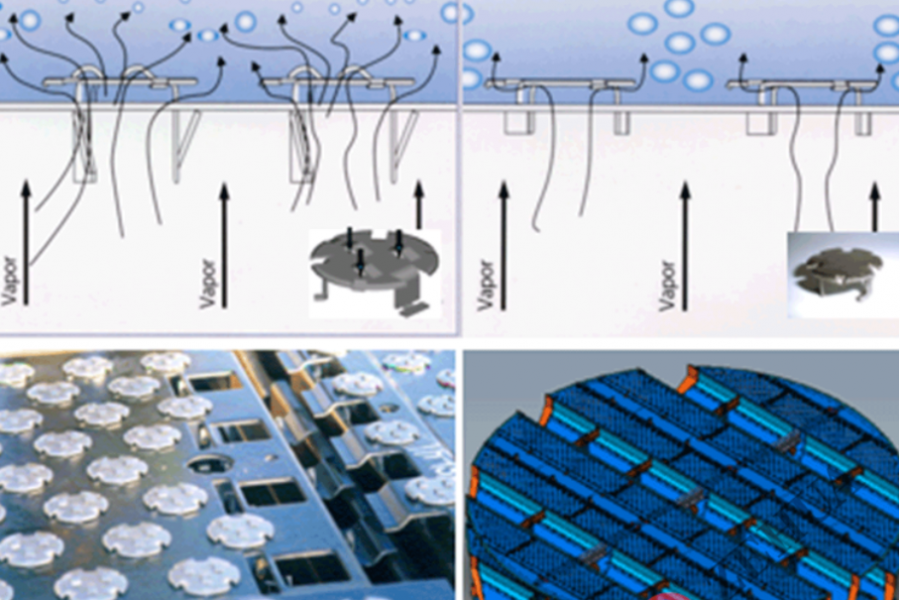 The high-capacity tray is a new type of multi-downcomer tray developed for large column diameter and high liquid loading cases. The tray is based on high performance tray and combines features of multi-pass tray flow. With optimized new downcomer design, it provides higher mass-transfer efficiency and larger liquid capacity in rectification and absorption process. Compared to traditional 4-pass tray, it can increase capacity by at least 25% with comparable tray efficiency

● With lateral or longitudinal downcomers, liquid on the tray will form radicalised flow or parallel flow which avoid stagnant pool and increase flow path length

● Higher mass transfer efficiency by overcoming the liquid maldistribution that

occurs on a traditional multi-downcomer tray.

● Weir liquid loading can be decreased compared to that of 4-pass and 6-pass trays. This scenario increases tray capacity, especially in high liquid loading. 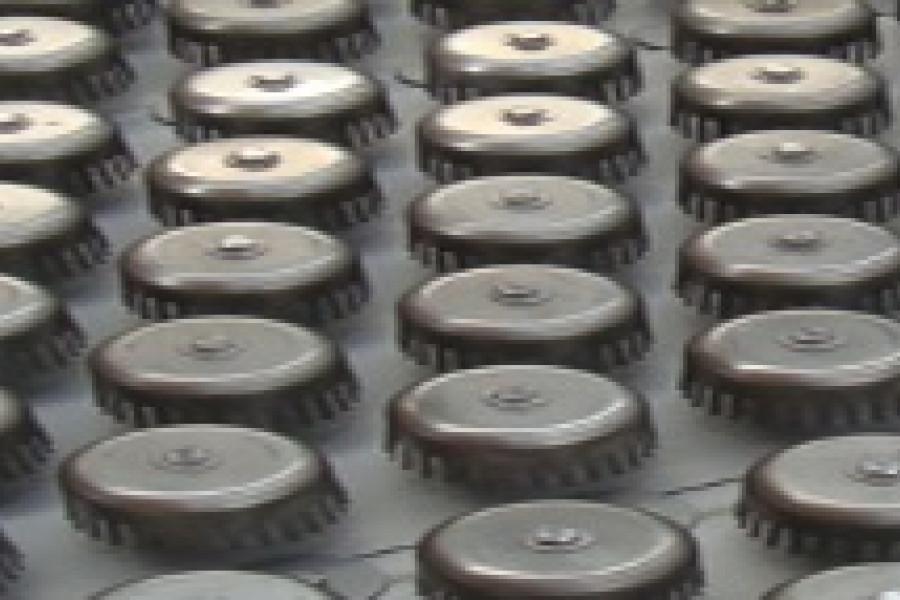 formed out of the valve disk. Fixed valves are units with integral legs.

formed out of the tray deck.

Bubble cap trays consist of a flat perforated deck in which the holes.

are enclosed with vapor chimney risers and caps in the form of inverted.

cups mounted on top of the risers. This gives the bubble cap tray.

advantages to operate at extremely low liquid and vapor rates.

Sieve trays are flat perforated plates in which vapor is forced through.

the holes into the cross-flowing liquid. This vapor flow prevents liquid.

weeping from leaking through the holes.

Dual-flow tray is a type of sieve tray that does not feature.

downcomers such that the entire active area of the tray is perforated with.

holes. The size of these holes can range from 10 to 25mm in diameter.

Others as per client request

Trays can come in carbon steel, stainless steel, alloy 600, titanium, Monel, Hastelloy, zzirconium or other materials as per client request. 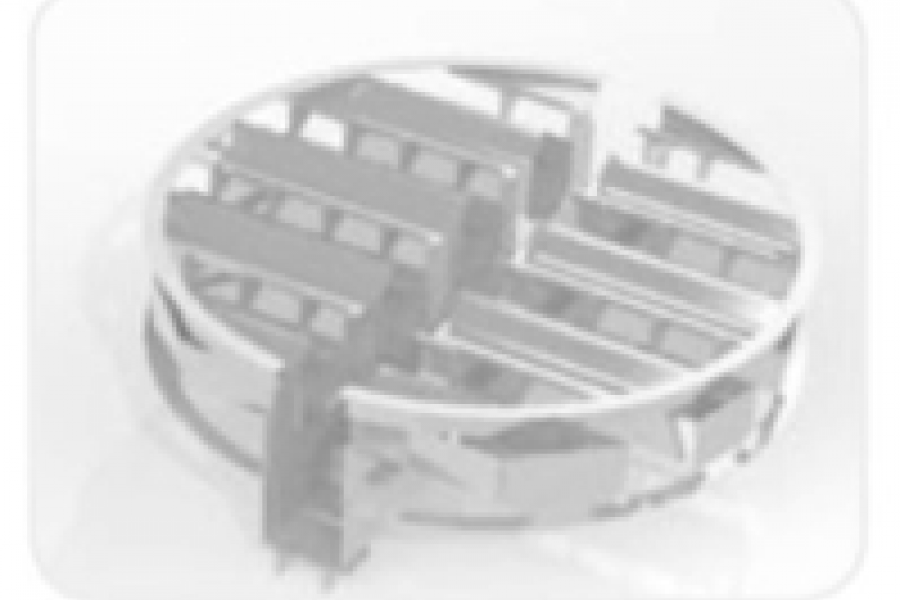 The chimney tray or collector tray as is designed to collect liquid for one of two reasons: 1. to draw-off a product or pumparound stream 2. combine it with a liquid feed to the column before introducing the mixture to a liquid distributor above a packed tower.

Trough Liquid Collector Liquid trough collector is resistant to heat expansion and cooling contraction. It also reduces the need for on-site welding. It can be used for total or partial draw-off and/or to feed a liquid distributor below.

Chimney Tray Liquid Collector with Rectangular Riser Capped rectangular gas risers are used for gas distribution and liquid collection. Liquid is drawn out from a side sump

Chimney Tray Liquid Collector with Rectangular Riser and Main Trough Capped rectangular gas risers are used for gas distribution and liquid collection, liquid is drawn out from a central trough.

Chevron liquid collector with Annular Trough Liquid is collected through inclined plates and flows into the annular channel, reducing pressure drop and the need for on-site welding. It can be used for total or partial liquid draw-off and/or to feed a liquid distributor below from a ring channel welded to the column wall.

Chevron Liquid Collector with Centre Trough The Liquid is collected through inclined plates and flows into the centre trough. reducing pressure drop and the need for on-site welding. Liquid total or partial draw-off and/or feed a liquid distributor below from a central trough welded to the column wall.